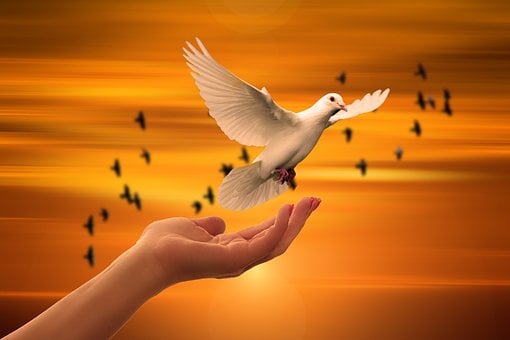 Having always been a seeker in life, I was unaware of what I was seeking. An idealist to the core, I was often hurt by the behaviour of others and often wondered how they could behave in a way they often did. Not that I was perfect, no way thinking that….but at least I was aware of my shortcomings and always strived to overcome them. Introspection has always been a part of my life since young and I always realized that something was missing from my life.

Then one day I stumbled upon a book called “THE ADVENT” by Gregoire de Kalbermatten, a Swiss Diplomat with the United Nations Organization, and it changed my life forever. I got introduced to “Sahaja Yoga” and its founder H.H. Shri Mataji Nirmala Devi, whose teachings struck a chord within myself and in a fraction of a second, I found an answer to my seeking…. which probably I was carrying over from many lifetimes.
The first thing which appealed to me was that Sahaja Yoga was not about mere empty talk about ideas but it provided a practical tool to manifest these ideals within each of us in a spontaneous way. What I found amazing was that there was no question of any money involved. Shri Mataji was clear to point out that you cannot pay for something which is Divine. “How much did you pay to evolve to a human being from an amoeba stage”, She questioned. Further, She went to the extent to say that “why should you believe in what I say to you… rather you should take up as a hypothesis what I tell you, and as a scientist, only after experiencing it, should you accept something as truth.” So far, I had never heard any spiritual Guru say that. She further said that “how is it of any use to you if I have inner powers? Awaken your own dormant powers within and let them manifest.”

Only on the basis of a pure desire, anyone can be given his or her self-realization spontaneously through the awakening of the dormant Kundalini energy, situated in the sacrum bone at the base of our spine, through a technique developed by Shri Mataji, known under the name of Sahaja Yoga.

“Sahaja” means spontaneous and “Yoga” means Union. Through the awakening of the Kundalini, rising up through the spine within our subtle inner central channel (corresponding to the Para-Sympathetic gross channel), a seeker can get connected to the All-pervading Divine Power, from which we have come. That is the real meaning of YOGA…. union or connection of individual consciousness (jeevatama=individual soul) with the Collective Consciousness (Parmatama=the Universal Soul). When this happens, we touch the infinite dimension within us… our divine spirit and it starts shining and getting manifested in our attention.

Having experienced that and strengthening and establishing this connection through regular meditation shown through Sahaja technique, Sahaja yoga teaches a seeker to interpret this knowledge and adapt it to understand not only ourselves but others. Sahaja yoga gives us “pure” knowledge in every field or subject, which is verifiable on our finger-tips through the vibratory awareness we develop, as we progress on the path of spirituality laid open before us through this union.

Getting one’s self-realization through Sahaja yoga is not difficult if one has a desire for it. But getting established in it is not an easy task. Only a pure desire to go deep, regular meditation, honest introspection and a willingness to transform from within can yield results. But once that happens, no mundane desires remain. You don’t need to give up anything by force, you can be detached and yet enjoy everything without any attachment. Limited human love trans-changes into Unlimited Pure Love, which does all living work.

The benefits of Sahaja Yoga are not limited to an individual. They percolate to society by transforming individuals who have realized the truth about Sahaja Yoga.
Sahaja Yoga is an answer to all our human problems be they physical, mental, emotional, spiritual, religious economical, environmental, ecological  because at the base of all our problems is the problematical human being who is steeped in ignorance because of his ego and conditioning, which allows him to only see the “relative truth” and not the “absolute truth” which is the next logical step in our evolution… where we ascend from our normal human consciousness to a higher state of superconsciousness.

I invite each and every one of you to experience this path and see for themselves what they have been missing so far.

2 thoughts on “SahajaYoga And Me”