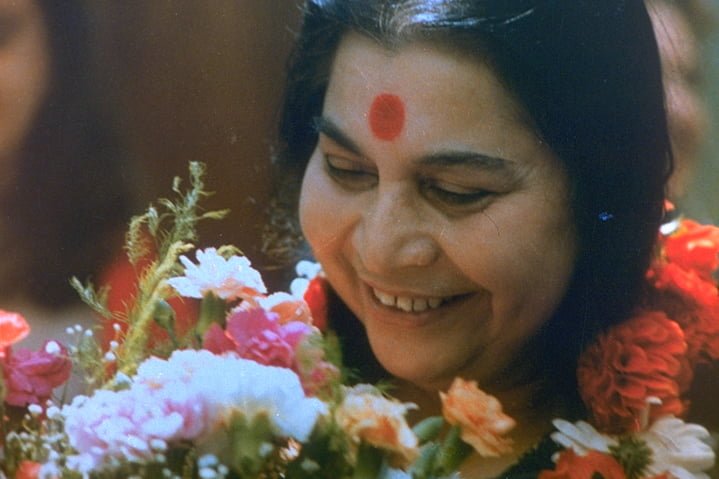 Shri Mataji Nirmala Devi was born on March 21, 1923, to a Christian family in Chindwara, India. Her parents seeing the beauty of the child called her “Nirmala”, which means ‘Immaculate’. Later on, she came to be known to the multitudes by the name of Shri Mataji Nirmala Devi – the Revered Mother. Her father Shri Prasad Rao Salve was a close associate of Mahatma Gandhi. He was a member of the Constituent Assembly of India and helped write India’s first constitution. During 1942 “Quit India Movement”, announced by Gandhiji, She played a daring role as a youth leader and was even arrested and put in jail along with other freedom fighters. She studied medicine and psychology at the Christian Medical College in Lahore. Shortly before India achieved independence, She married Sir C.P. Srivastava, one of India’s most dedicated civil servants, who was knighted by the Queen of England. Shri Mataji left for Her heavenly abode on 23rd February 2011. Shri Mataji’s Maha Samadhi is at Nirmal Dham, New Delhi.

Pondering on the many-faceted problems confronting human beings, Shri Mataji on the 5th of May, 1970, on a lonely beach at Nargol (about 150 km from Mumbai), visualized the process of en-masse Self Realization through which thousands of people could get this connection to their spirit and thereby their inner transformation. Since 1970, Shri Mataji Nirmala Devi had kept a busy schedule, travelling around the world to teach the techniques of Sahaja Yoga meditation. Large numbers of people, thousands and thousands of them, without distinction of race, religion, age or social status have acknowledged the value of Her teachings by establishing Sahaja Yoga centres in over 120 nations.

Shri Mataji has been recognised worldwide by several prestigious institutions for Her selfless work and for the powerful results of Her spiritual teachings.

She was given a Proclamation by the US Congress in 1997, which was submitted to the Congressional Records.

She was referred to as “Messenger of Peace” by Ayatollah Rouhani of Iran in 1998.

She was addressed as “An Avatar of the Modern Era” by Claes Nobel, grand nephew of Alfred Nobel (the creator of the Nobel Foundation) and Chairman of United Earth.

In Her tremendous compassion and concern to alleviate human sufferings, Shri Mataji has been able to create a number of NGOs (Non-Governmental Organization’s) to solve the most immediate problems of the world in the last 25 years.

To mention a few:

An international hospital in Mumbai to help patients all over the world to get a chance to cure themselves through Sahaja Yoga methods. This hospital has been producing quite successful results in curing a number of incurable diseases like cancer, epilepsy, multiple sclerosis, etc.

An international cancer research centre in Mumbai in order to study the effects of Sahaja Yoga methods on curing various illnesses, including psychosomatic diseases.

A charity house for the poor people in Delhi, to provide shelter to destitute and homeless people. Also to help them through the process of Sahaja Yoga to become better individuals.